Charles Banks recently announced a partnership with Bob Lindquist, founder of Qupe Winery. Bob Lindquist was among the first California winemakers to dedicate a winery to Syrah, and he has carried the Syrah torch ever since founding Qupe in 1982. After I read the press release, in which Charles proclaimed his excitement for the future of Syrah; I wanted to find out why Charles Banks wanted to add a “Syrah House” like Qupe to his quiver of wineries within his company, Terroir Selections. I gave him a call and caught him as he was driving north on the 101 en route to San Francisco. 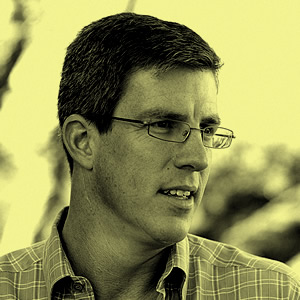 The first question I asked Charles: “What do you know that I don’t? Do you have market data that suggests Syrah is staged for a major surge?”
Charles quickly responded, “first of all, unless you’re Diageo or Constellation, you can’t run a winery following market trends.” He continued by saying that he thinks Syrah is an extremely exciting, versatile varietal that has been severely miss-marketed. Now consumers think of Syrah as an over-extracted, manufactured varietal; rather than a nuanced, interesting, and balanced wine. He used the analogy: “Syrah is like a great actor, it has range” but it seems to be stuck in a typecast.
Qupe Central Coast Syrah is the most well distributed, independent California Syrah in the nation. Because it is picked from cooler climate coastal regions, the style lies in sharp contrast to jammy, high octane Shiraz and other warmer climate styles.
Charles explained that was a key factor in deciding to partner with Bob Lindquist. Bob has stuck to his style rather than chasing the now waning trend of over-blown, point-chasing wines. Charles sees the pendulum swinging back, and consumers are looking for more balanced styles.
Of course, while the Qupe Central Coast Syrah is the winery’s calling card, Mr. Banks is also excited about the higher-end vineyard designated Syrahs. He believes that the Qupe Bien Nacido Syrah will become even further established among California’s best. With his influx of capital into Qupe, Charles looks forward to exploring other new vineyard designated Syrahs. Perhaps we’ll even see a return to Qupe “Stolpman Vineyards” Syrah that Bob made through the 2006 vintage.

Charles remains a realist about Syrah.
“Syrah will never be ubiquitous like Cab or Merlot. Our job is not to make wine for everybody; we want to make wines for people who want something interesting, authentic and real.”
Charles referenced his other recent partnership, with Mayacamas Winery. “Some people who consider themselves ‘Napa drinkers’ might very well hate the Mayacamas wines because the wines will stay true to the vineyards.”
Along with Qupe, Charles anticipates his co-owned Wind Gap Winery will continue to increase Syrah production based in Sonoma County.
As Charles’ cell reception started to get spotty somewhere on the Santa Margarita Pass, he told me, “Pete, our style of Syrah is in the midst of a renaissance. With Qupe’s national distribution and over 30 years of brand recognition, Qupe will help lead consumers’ re-awakening.”

We’re happy to have another powerful ally in The Battle for Syrah.