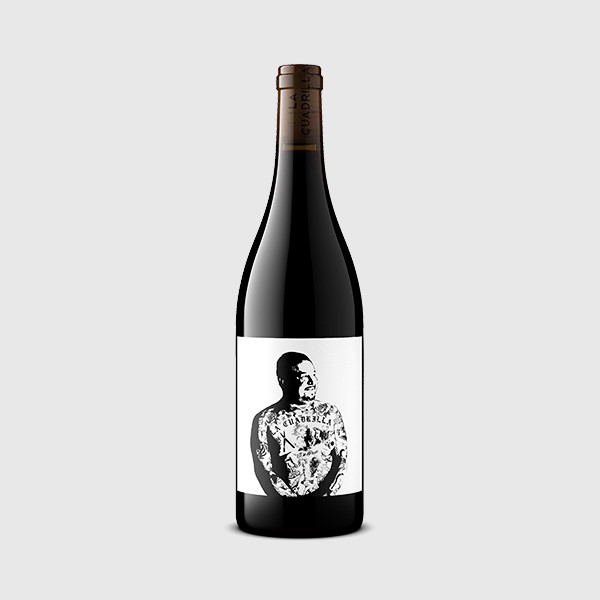 Background
When Tom Stolpman purchased the land that is now Stolpman Vineyards, he declared that if his dream of owning a vineyard was to come true, it would not be on the backs of people being taken advantage of.  He asked vineyard manager Ruben Solorzano to employ our vineyard workers year-round, so the team members could have a steady job, a career, and raise their families with security. Ruben Solorzano took Tom’s idea a step further: he aimed to further engage our workers.  He wanted our crew members to learn the lifecycle of the vine and become engaged and passionate about their work.  A man of action, Ruben started a training program in which he gave one Cuadra - a small vineyard block - to his team so they would take responsibility for their land.  Each crew member became the farmer rather than just the worker.  A few years later, once the crew had independently mastered vineyard management, Ruben revealed his grand experiment to Mr. Stolpman.  Thrilled, Tom declared that all of the wine made from the crew’s training Cuadra would be given to the team members for their own consumption.  Having the self-titled wine at the dinner table served as both a source of pride and a chance to appreciate fine wine, the fruits of the crew’s labor! Beginning with the 2009 vintage, we expanded the Cuadrilla program to blend in more wine from the vineyard in addition to the training Cuadra.  Today, 10% of the vineyard’s production goes into the blend.  The profits are returned to the crew members, divided by seniority, in the form of year-end bonuses. Because Ruben rotates the Cuadra to a different area of the vineyard each year, the blend of La Cuadrilla changes each vintage.  Inspired by the perpetual change and innovation, creative director Kari Crist designs a new black and white image for each vintage’s release.  The photos always relate to the Cuadrilla members.

Label
After asst. winemaker Matt Nocas returned from a surf trip with the 2015 la Cuadrilla “agave sickle” label tattooed down the length of his forearm, Ruben promised to get the next vintage’s label inked.  It would be his very first tattoo.  Artist Kari Crist took the design very seriously – creating Ruben’s “spirit animal” an Aztec hawk floating above Ballard Canyon.  When Ruben sent us all the photo of his tattoo from a Puerto Vallarta beach, the asymmetrical bird, obviously drawn on with henna, proved to us that Ruben was never serious about an actual tattoo. So now, in 2018, Kari has given Ruben several tattoos via photoshop on this year’s label.  All of tattoos revolve around Ruben, his family, and his life’s passion – the vineyard.

Vintage
Heat spikes define vintages in Ballard Canyon.  We are blessed to farm without fear of rain, rot, hail, and humidity.  In 2018 the only heat wave we suffered through arrived so early, on July 7; that it didn’t impact the fruit ripening or quality.  The summer turned into a moderate, steady, dream year when acids hung high as sugar slowly accumulated and intense, nuanced flavor developed.

At the Winery
We got even more fanatical managing each and every press load through harvest.  We constantly tasted the wine that flowed down from the press cylinder to make sure we got only fruit purity and fine textures, before the skins were pressed hard enough to extract grainy tannin.  This is paramount to the elevated quality of Cuadrilla 2018 as all of high end wines consist of free run wine only, so all the press wine goes to the crew.

Sensory
A model of the ripe yumminess the heavenly 2018 vintage will go down in history for.  The wine shows deep, ripe red fruits, bold, expressive, and rotund all the while maintaining a nice kick of freshness and fun.  This wine is not only a crowd pleaser it is a crowd stimulator to smile, toast and enjoy.