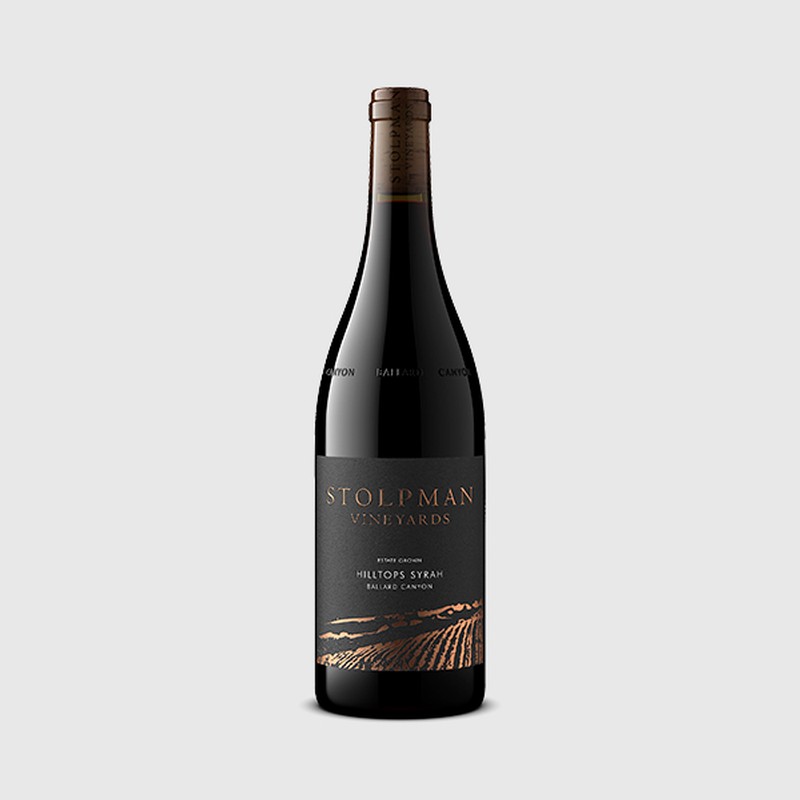 BACKGROUND
When Tom Stolpman found our property in 1987, he suspected that the best wines would come from the rolling hillsides and crowns.  We began planting the elevations in the northeast corner of the ranch and fanned out on the two ranges of hills west.  At the end of 2003, we scrapped the underperforming middle hill and replanted it at 3,000 vines per acre.  By that point, Sashi, Ruben, and Tom unanimously agreed Syrah was king in Ballard Canyon. Ruben planted multiple clones of Alban and some of our other favorite Syrah strains.  As early as the first vintage, the new planting showed magically and thus by 2008, our esteemed Hilltops Syrah bottling was sourced entirely from Block B.

VINTAGE
The extremely low yields of 2013 show themselves in the intensity and vibrancy of the Hilltops Syrah.  Sashi selected only the micro block B3, clone 470 for this bottling, and therefore only 330 cases were bottled.

AT THE WINERY
Since the debut 2012 vintage, we have fallen more deeply in love with our unsealed square concrete fermenters.  The slow, gradual, and naturally cool fermentation pulls every hint of flavor from the grapes while allowing the wine to maintain an appealing softness and roundness.

SENSORY
On the nose Hilltops shows off bright red plum and a touch of the Tangerine peel aroma synonymous with the best Santa Barbara County Syrahs.  Subtle menthol and fresh cut herbs edge around the exceedingly pleasing wine.  On the palate more dark brooding fruit appears alongside currant and cassis.   While present, the tannins are already well integrated.