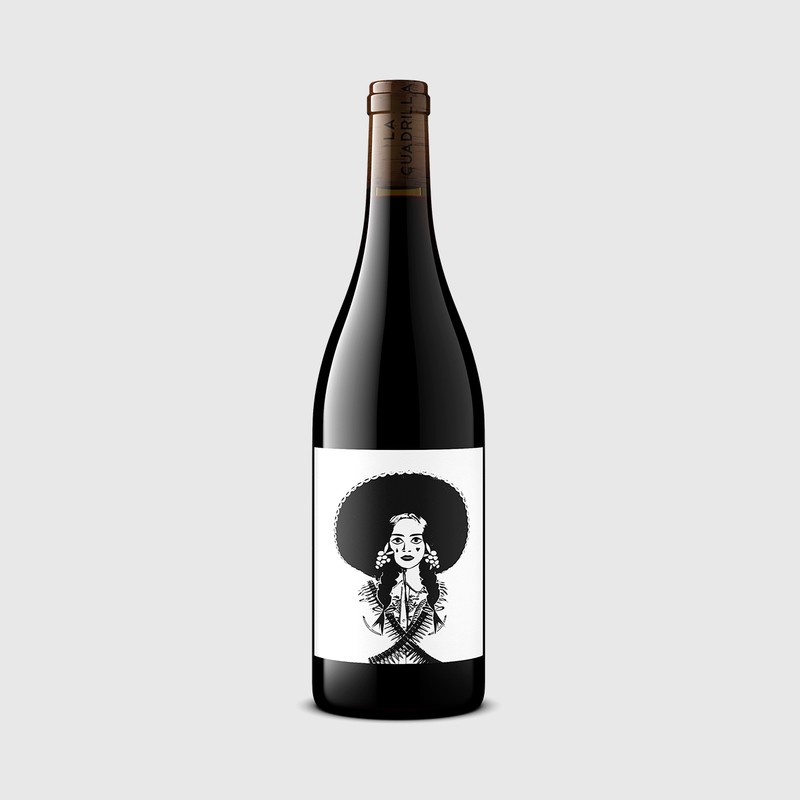 BACKGROUND
When Tom Stolpman purchased the land that is now Stolpman Vineyards, he declared that if his dream of owning a vineyard was to come true, it would positively affect everyone involved.  He asked vineyard manager Ruben Solorzano to employ our vineyard workers year-round, so the team members could have a steady job, a career, and raise their families locally and with security.     Ruben Solorzano took Tom’s idea a step further: he aimed to further engage our workers.  He wanted our crew members to learn the lifecycle of the vine and become engaged and passionate about their work.       A man of action, Ruben started a training program in which he gave one Cuadra - a small vineyard block - to his team, so they would take responsibility for their land.  Each crew member became the farmer rather than just the worker.  A few years later, once the crew had independently mastered vineyard management, Ruben revealed his grand experiment to Mr. Stolpman.  Thrilled, Tom declared that all of the wine made from the crew’s training Cuadra would be given to the team members for their own consumption.  Having the self-titled wine at the dinner table served as both a source of pride and a chance to appreciate fine wine, the fruits of the crew’s labor!     Beginning with the 2009 vintage, we expanded the Cuadrilla program to blend in more wine from the vineyard in addition to the training Cuadra.  Today, at least 10% of the vineyard’s production goes into the blend.  The profits are returned to the crew members, divided by seniority, in the form of both a year-end bonus as well as weekly bonuses on each paycheck.  The big year-end bonus allows the crew members a chance to add to their savings and overall cushion, while the weekly bonus aims to increase the quality of everyday life for La Cuadrilla and their families.

Inspired by the perpetual evolution and innovation of Ruben & La Cuadrilla, creative director Kari Crist designs a new black and white image for each vintage’s release.

LABEL
Vigneron Maria Solorzano, Ruben’s wife, and the Patrona of the vineyard, trusts the women of the crew with the most meticulous, detailed tasks in the vineyard.  The women reinvigorate old vines by training wild shoots into new cordons, train young vines, and remove extra tiny clusters just after bud-break.  The women focus on this exacting, detail-oriented work throughout the growing season, while the men work separately weeding and managing the vines’ canopies. The men and women of la Cuadrilla unite for the 3 month nocturnal harvest, with the women once again separating at dawn to delicately hand-rotate each of the +/- 190,000 Roussanne clusters for an even “rousse” or rust-colored tan.  Creative Director Kari Crist honors Maria and her female crew with the 2021 label titled “Adelita”.

Adelita, the female Mexican revolutionary, symbolizes action and inspiration for women fighting for their rights.

VINTAGE
A cold spring and a moderate, even weather without accelerating heat spikes set up a late red wine harvest that stretched through October into early November.  The long growing season allowed for ample flavor accumulation and ripening, creating plush, luxurious wines.     The healthy yields of 2021 and several riper picks in late October into November, allowed for a larger than normal Cuadrilla cuvee.  Because we have been selling out of Cuadrilla so quickly (thank you!) we hope supplies of this larger bottling will stretch to create profit sharing for both 2022 and 2023!

SENSORY
2021 Cuadrilla opens up with dark ripe plum highlighted with bright fresh red berries.  Deep and supple with fine chalky tannins already married with a smooth, polished texture.  An alluring otherness of wet stones, mint, and mocha prevail from the nose through the mouth captivating the senses beyond just the magnificently pleasurable profile.